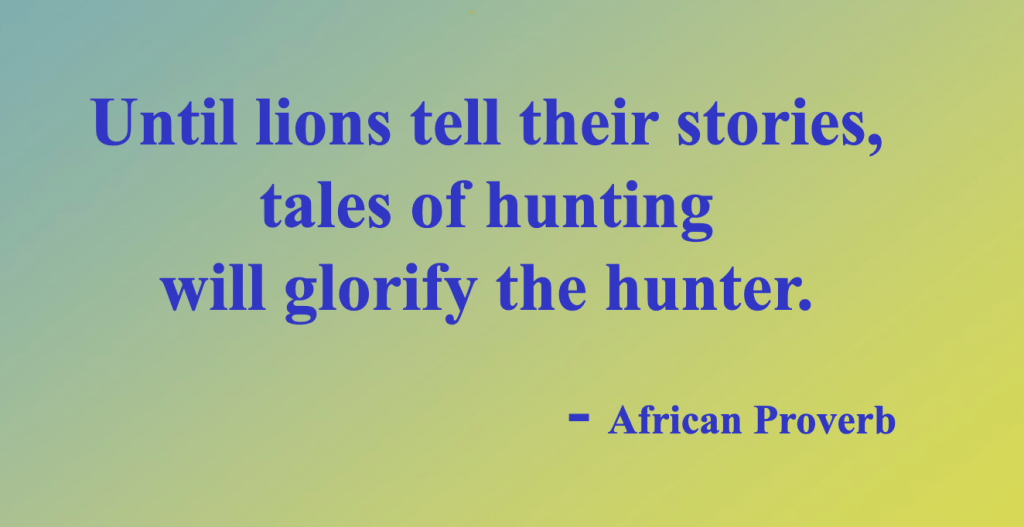 Post-colonial theory provides a way to understand how the legacy of colonization has shaped historical and economic realities in our modern world. This can help illuminate contexts for current and relevant issues like racism, structural inequality and globalization.

It helps us see that history is an argument, not a consensus, not a timeline of events cemented in a textbook.

A postcolonial author gives voice to a perspective that has been historically silenced.

This is urgent as colonial representations of colonized peoples have often perpetuated a binary understanding in which colonized peoples are seen as Other, fundamentally different and necessarily inferior to the society of the colonizer.

A postcolonial author tells a story as an insider, reclaiming political agency in the face of historical oppression. The work of postcolonial authors may provide a window into a culture, a worldview, or an experience to which we would otherwise have no access. These works necessarily complicate the dominant narratives and ideologies that would marginalize many … students and their cultures — ideologies and narratives that are still very much at play in today’s world.—Eric Spreng

The theory argues that the experience of colonialism divided the world into us and them, civilized and uncivilized; post-colonial theorists seek to identify this pattern in literature and to counter this racist historical legacy.

This theory is important for us to consider because we are living in post-colonial times (or at least some of us are or are working hard to get there). The Truth and Reconciliation Commission has charged Canada and Canadians with the task of meeting 94 calls to action as a start to reconcile the relationship between them and the indigenous peoples of this land.

It’s important for you to be able to deconstruct the texts you read/view; to have available a critical lens through which to understand the text, its language, and its subtext.

We are using a post-colonial text (Moon) to learn about post-colonial theory because the text offers you a chance to see yourself and your community represented, and because Rice intentionally wants to challenge the dominant society’s conception of Native people and reserve life, generally, thereby offering an opportunity for this critical analysis.

Here’s Waub Rice speaking from an interview with Brandon Crilly

Given the roles that a lot of these characters play, were you worried about any of them being read too much like tropes? Aileen, as an example, has a powerful voice and a lot of nuance, but being the story’s elder presents a risk in how she’s going to be perceived, right?

Thanks, Brandon! I’m glad you appreciated the depth of the characters. I wasn’t really worried about them being read like tropes. In fact, I tried to buck some tired tropes. For example, the common stereotype of chief in council is one of incompetence and corruption. Although the leadership in this community faces some serious challenges, the people in those positions genuinely care about the well-being of their members and try their best to keep them safe in this crisis.

What other examples of stereotypes or misrepresentation of Native people and community does Rice expose?

Please view the presentation below and add new information about post-colonial literary theory to your note.

Finally, let’s share our thinking about the novel on this padlet.

In this activity, we are learning about our fourth and final literary theory: Post-Colonialism.

As we have done with the others, you need to research the term using the sources below and make a note. You don’t have to use all of the sources. I have tried to provide a variety of text formats so that you can choose the ones best suited to your learning situation.

Remember to use strategies like keyword search, skimming and scanning the text, advancing video to preview, etc. to help you work efficiently. Researching is a time-consuming activity, but as we develop our skills we will become more fluent.

Remember when we talked about making our reader’s notes and I showed you the different ways we read depending on our purpose for reading?

When researching the SQ3R method is helpful. You may have been taught this method for reading textbooks.

Learn more about the SQ3R method. You can use this method with video too. Simply exchange reading for viewing. The conventions you look for will be different too (so rather than headings, you are looking for moments where there is text, etc.)

The note is pre-filled with headings so it will guide you in the reading/viewing process.

Sources to be considered/previewed for researching:

Text: Literary Lens: How do you do it?

Complete the note and submit.

Tomorrow, we’ll share what we have learned and on Friday, you will write a blog post applying this lens to Moon of the Crusted Snow.

In this lesson, you will be learning about a third theory-The Archetypal Theory.

Using the resources listed below, complete a note. I have set the note up for you to guide you through this process.

Choose the resources (list below) that best suit your learning situation, and use as many as you need to complete all of the note requirements.

When you finish the note, you will be applying this learning to Moon of the Crusted Snow. See Below.

So, as you learn about the Archetypal Theory and the Hero’s Journey Monomyth, think about Moon of the Crusted Snow through this lens. What archetypal characters can you identify in the book? What type of hero is Evan? What stages of the hero’s journey appear in the book?

You might add your thinking about Moon to your note.

HJ and Archetypal charts in Word 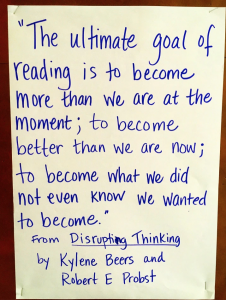 February 3-7: Wrapping up Unit One.

January 23-31: Getting ready to learn and Organizing our workspaces

WHATEVER IS CODED PURPLE IS WHAT IS EVALUATED.

I will always accept overdue work for review and feedback.

The Places Where We Work

Eye strike a quay and type a word
And weight four it two say
Weather eye am wrong oar write
It shows me strait a weigh.

As soon as a mist ache is maid
It nose bee fore two long
And eye can put the error rite
It's rare lea ever wrong.

Eye have run this poem threw it
I am shore your pleased two no
It's letter perfect awl the weigh
My chequer tolled me sew.

Authors we are reading

This work is licensed under a Creative Commons Attribution-NonCommercial-NoDerivatives 4.0 International License.
Skip to toolbar